In the making for over a year, Ragleela's new CD, Deepchandi bleu, is finally ready for release! While the in-store and online release will actually take place some time in January, the band played a couple of pre-release concerts to celebrate the album's arrival. The first took place on November 27 in Val David, and the second was at the Sala Rossa in Montreal, on December 11. At both occasions, we performed all the tunes of the CD to a packed house. We couldn't have hoped for a better turnout! 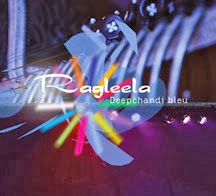 For the Val David show, we played as a quartet with Uwe Neumann on sitar, Jean-Marc Hébert on guitar, Guillaume Bourque on clarinet, and with myself on tabla. At the Sala Rossa, we were joined by Cedric Dind-Lavoie on bass. Here are some photos: 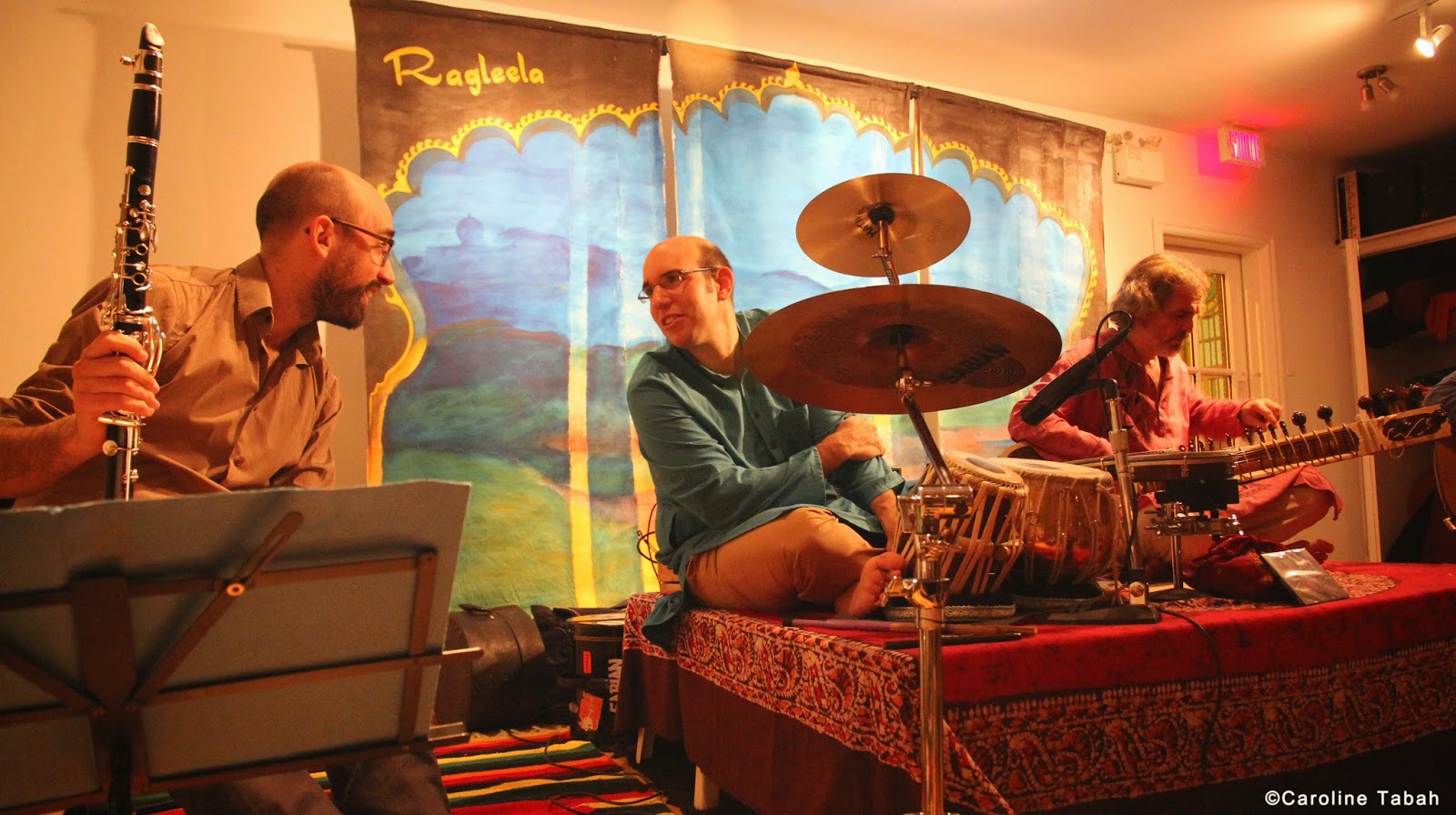 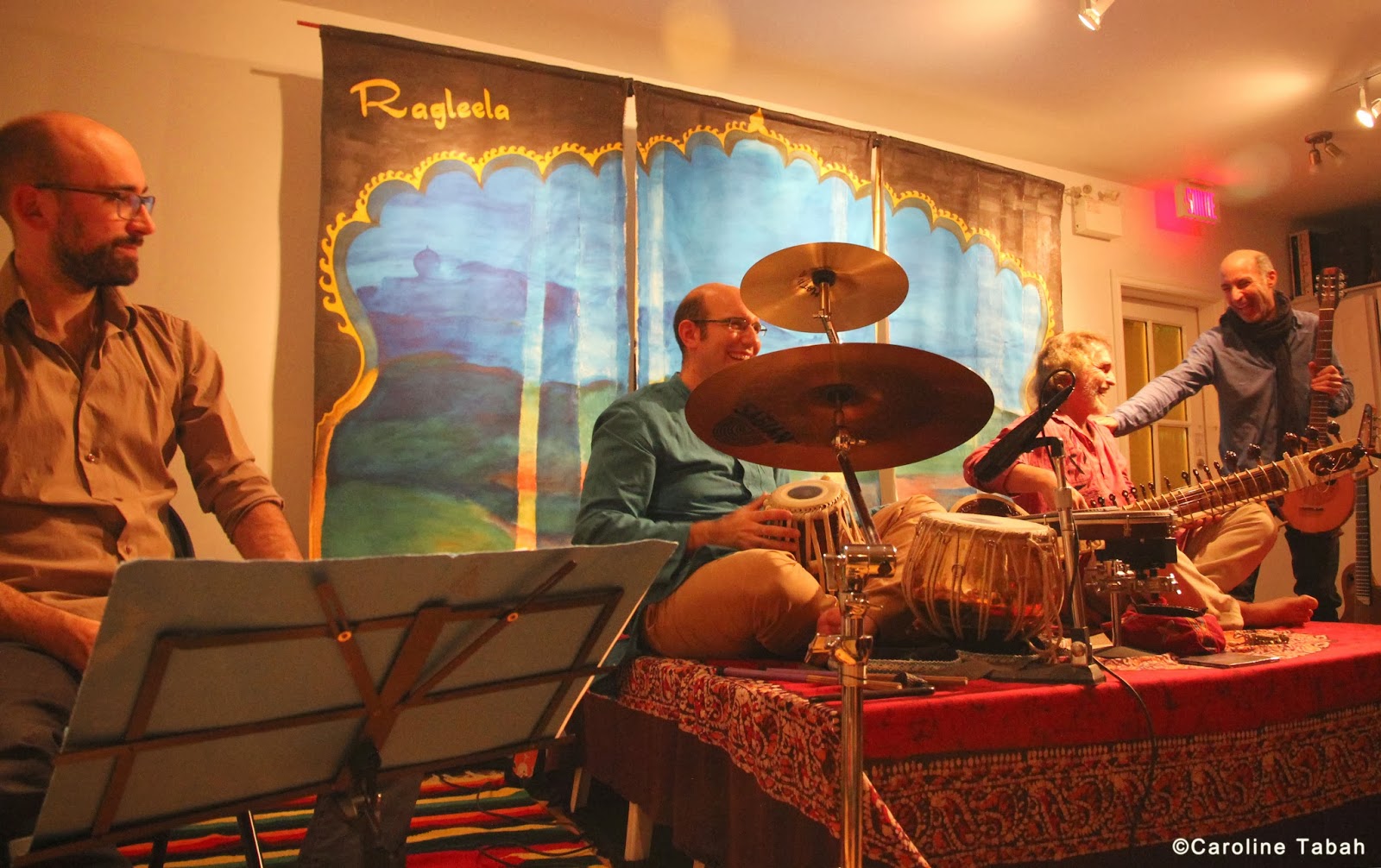 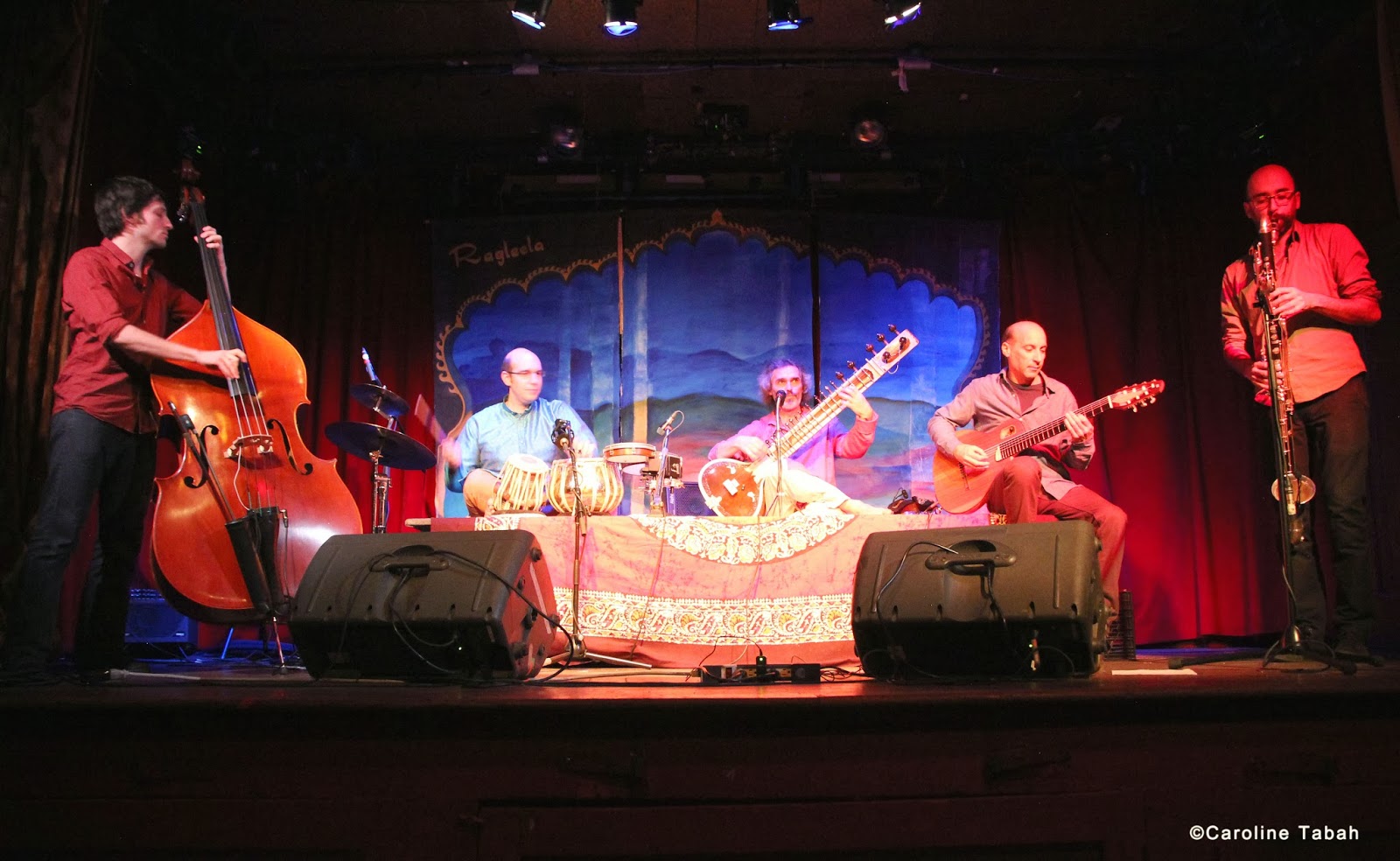 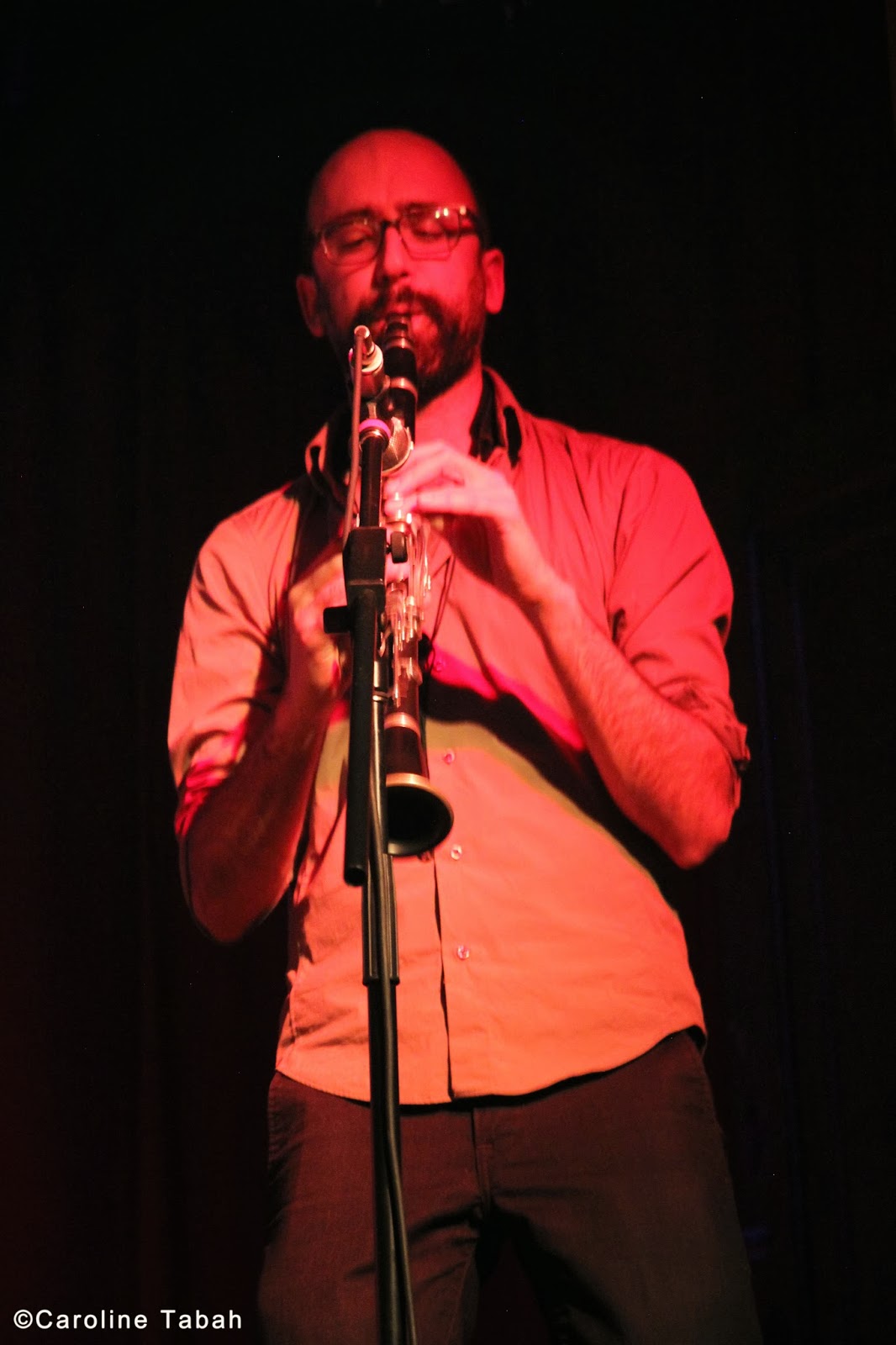 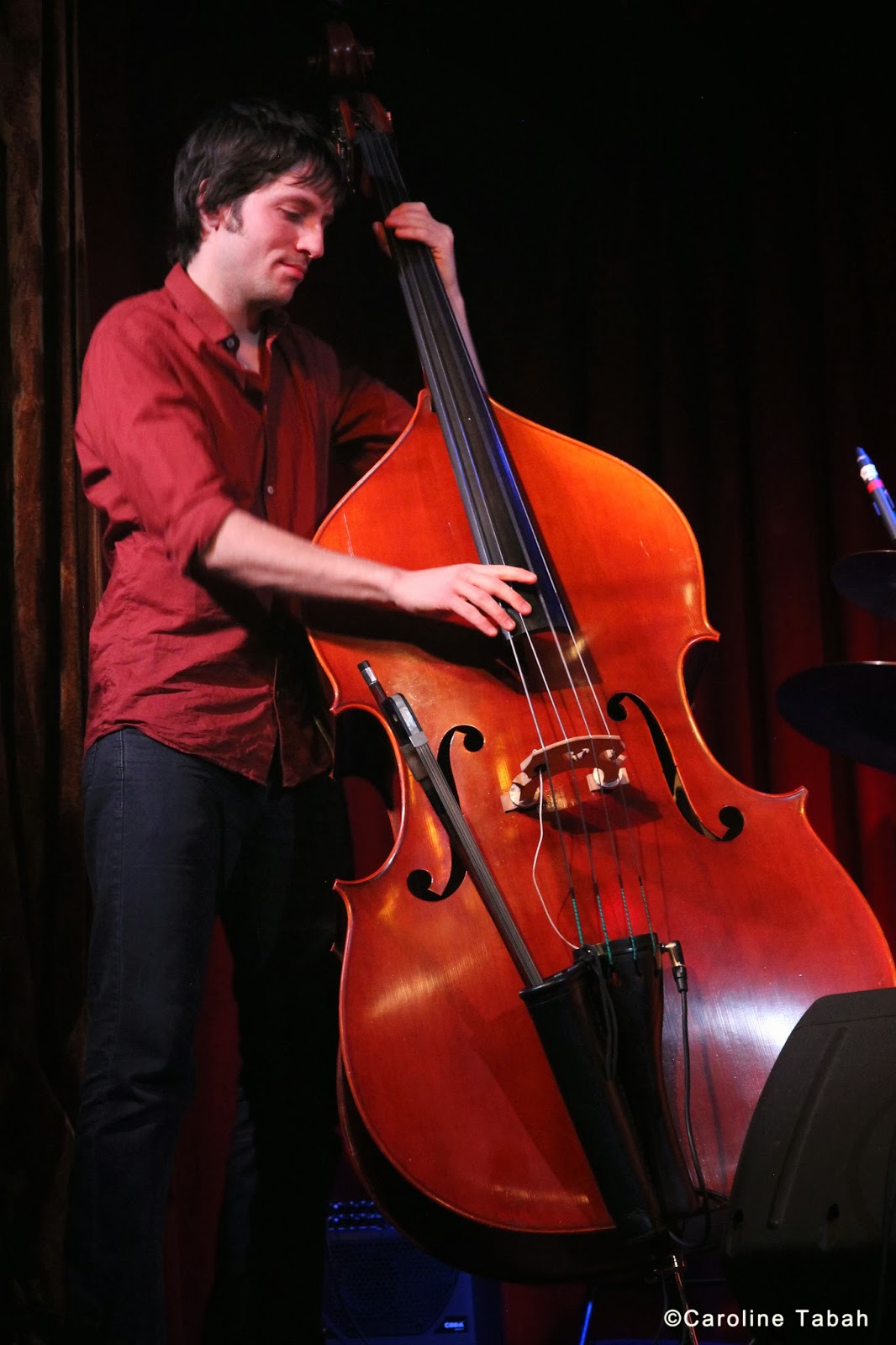 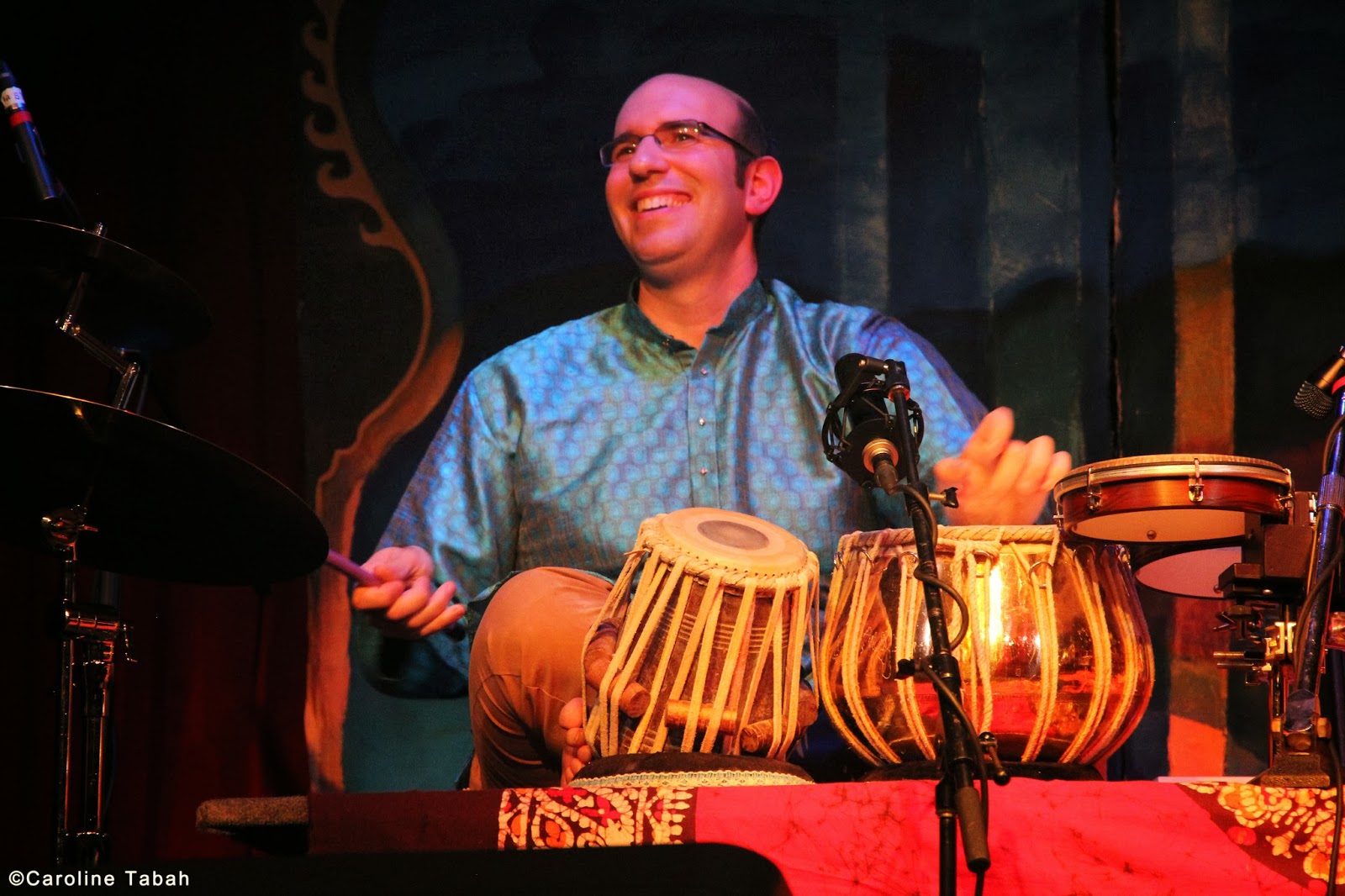 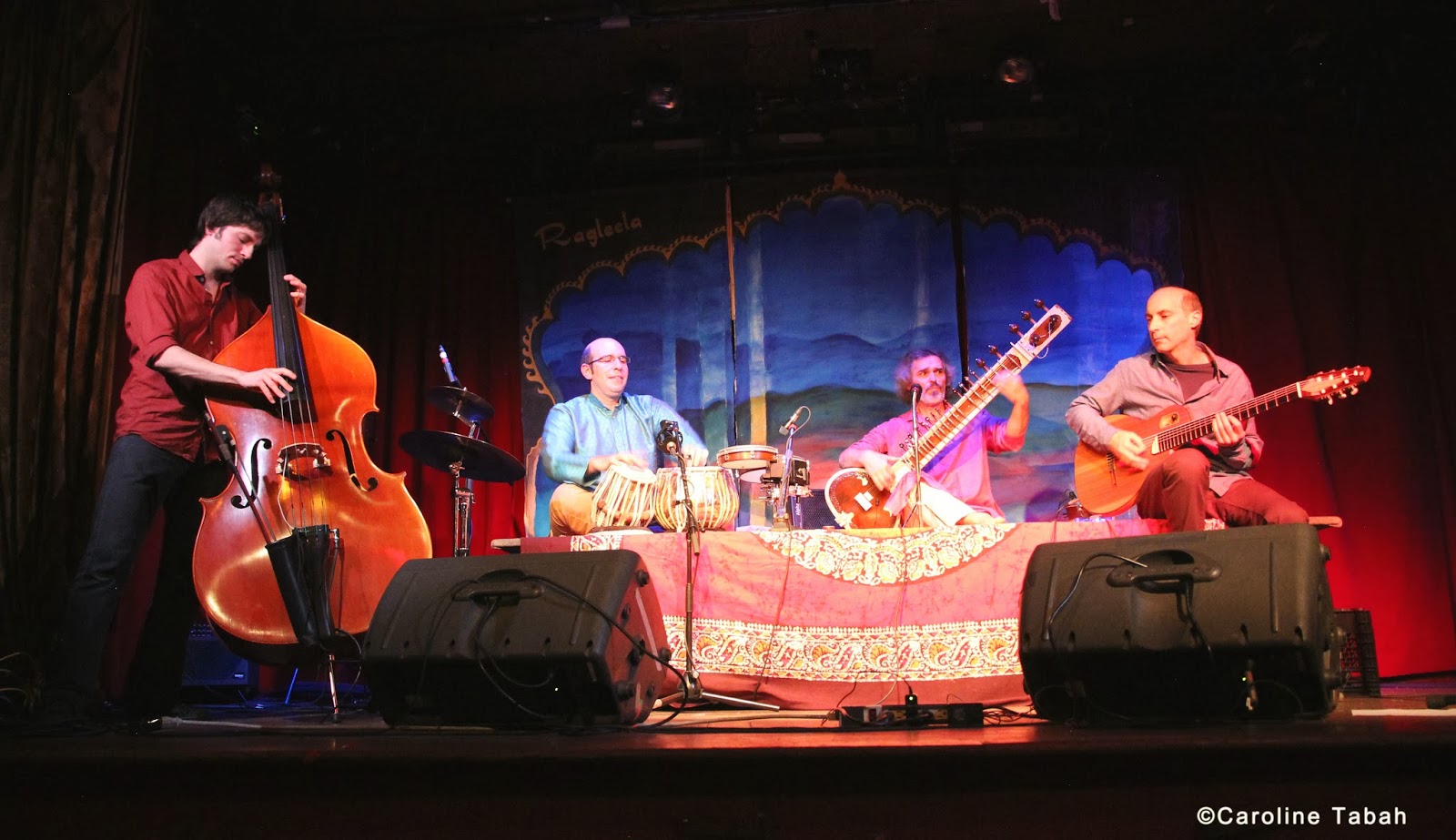 Really looking forward to the online and in-store release. Soon! In the meantime, there are some short samples here: https://soundcloud.com/sitaruwe and there are some more photos posted on Facebook, here.
A week after the Montreal launch, we also played a concert in the Parc des Compagnons Saint-Laurent, on the Montreal Plateau. It was quite a bizarre experience, playing in this heated cabin, with the audience freezing outside, huddled around a fire (which was quite far from the stage). Since we were separated from the audience by these plexiglass windows, we couldn't hear the audience's applause. The feeling was similar to playing in a recording studio; we could hear each other just fine, but no connection with the audience, unfortunately, except for through our microphones. Strange, but fun nonetheless! 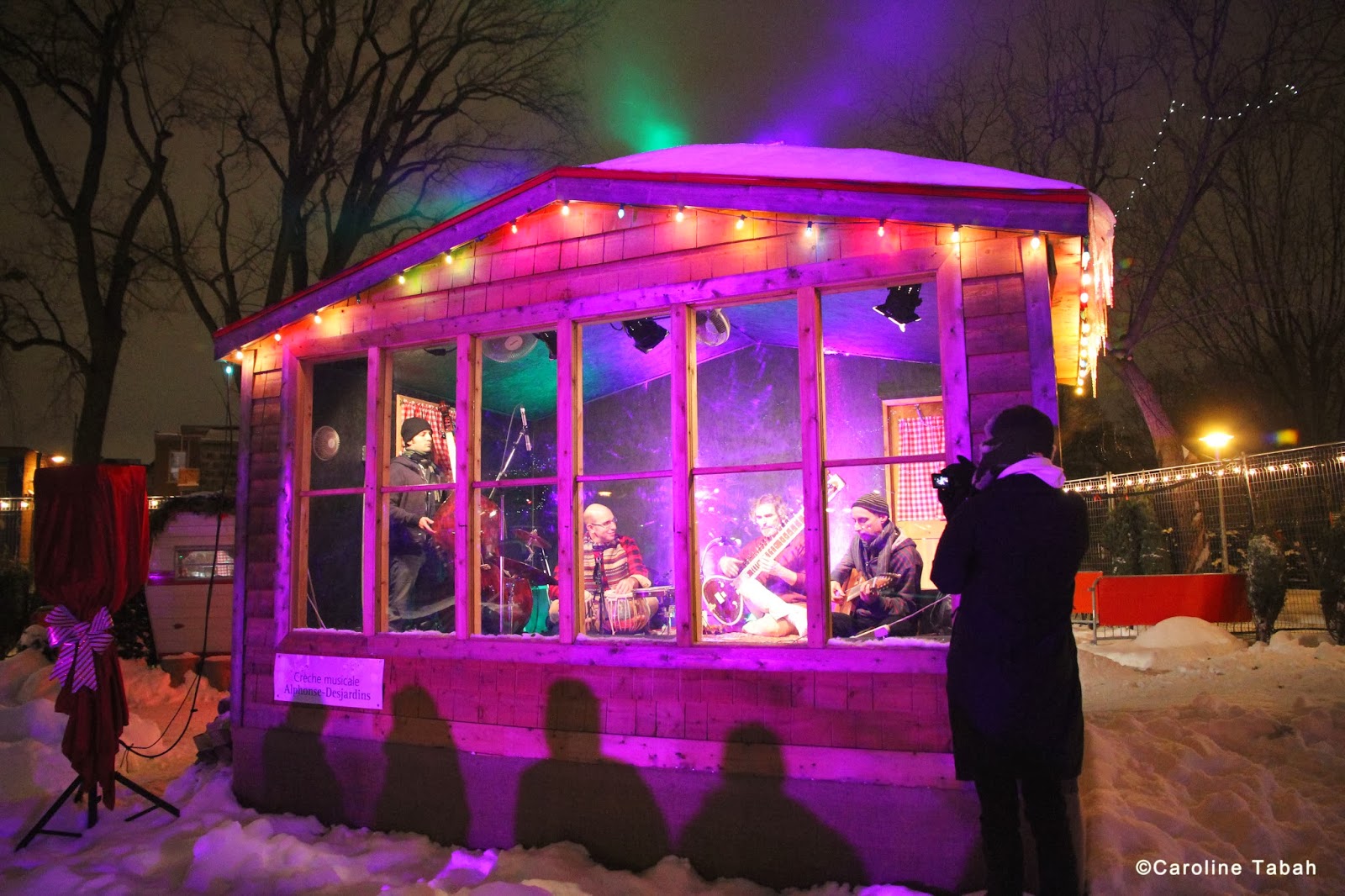 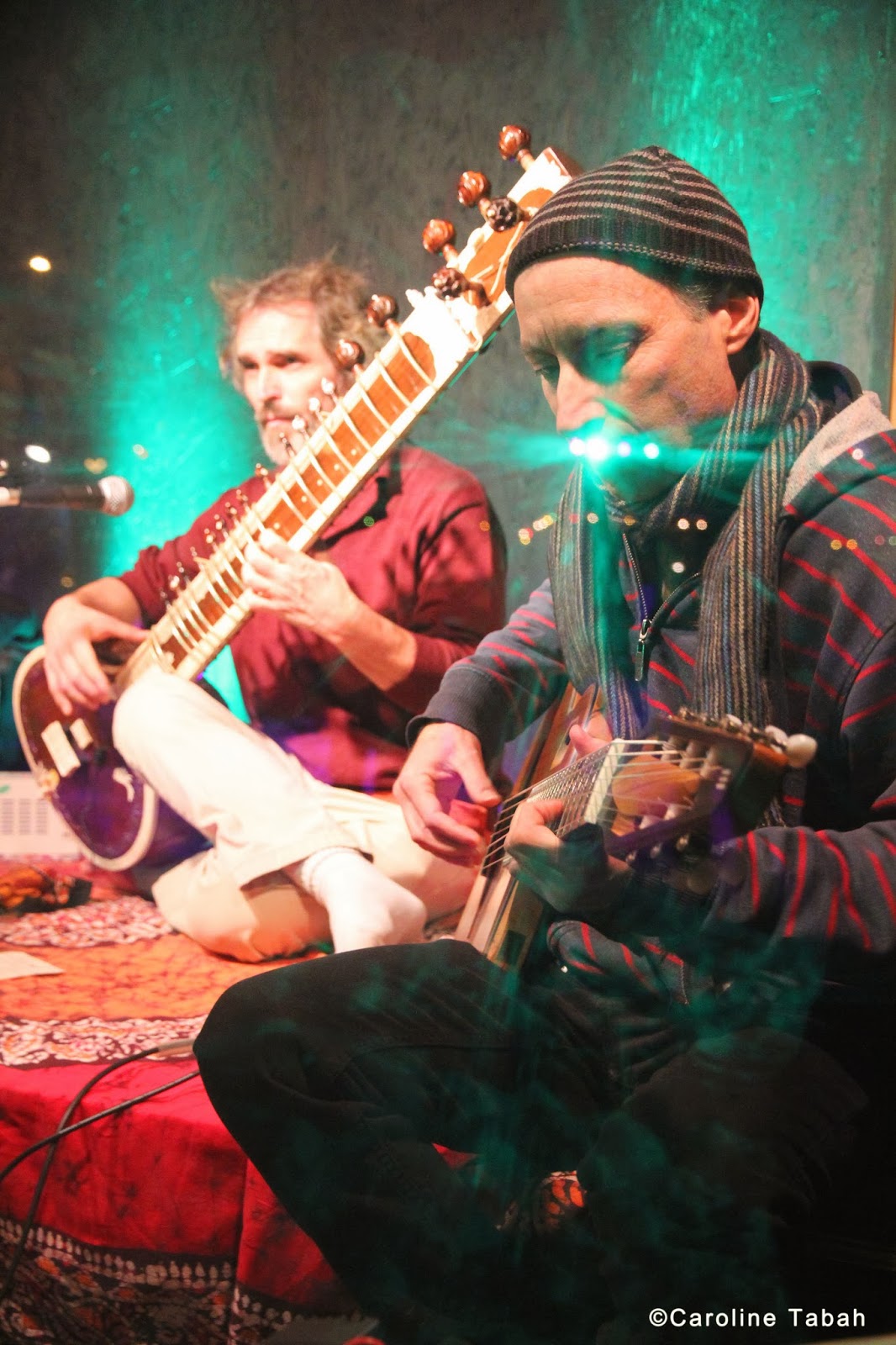 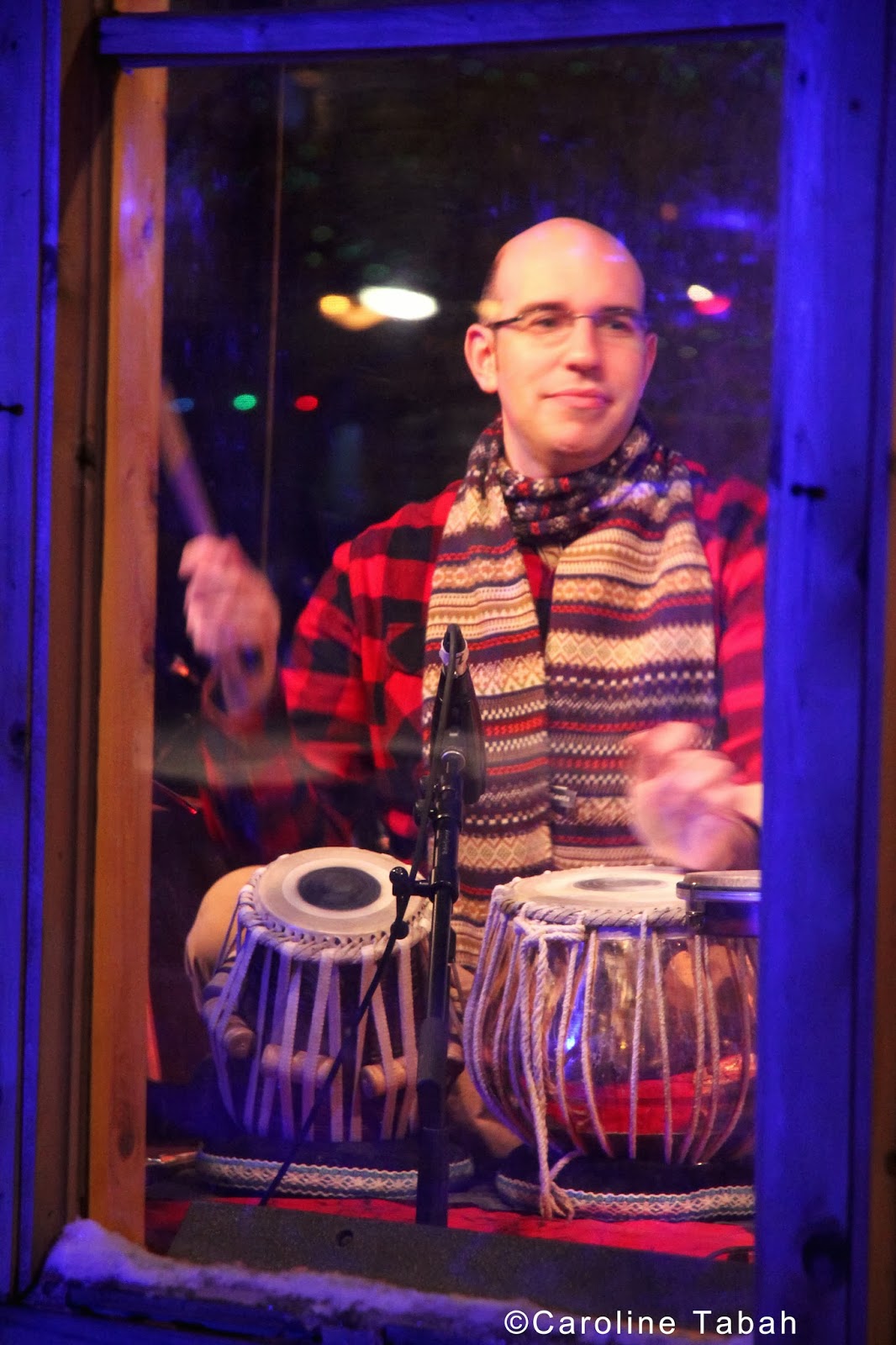 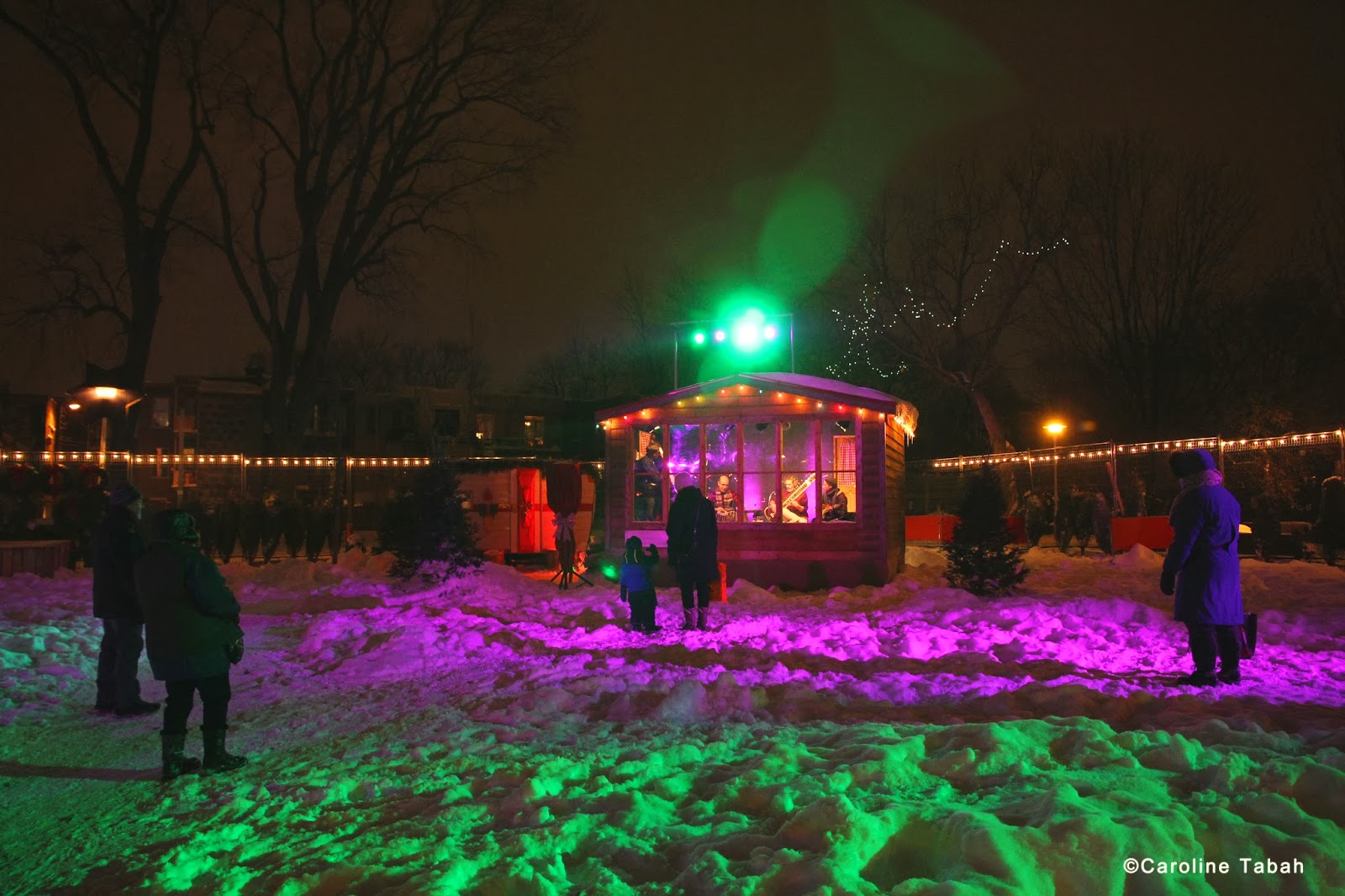 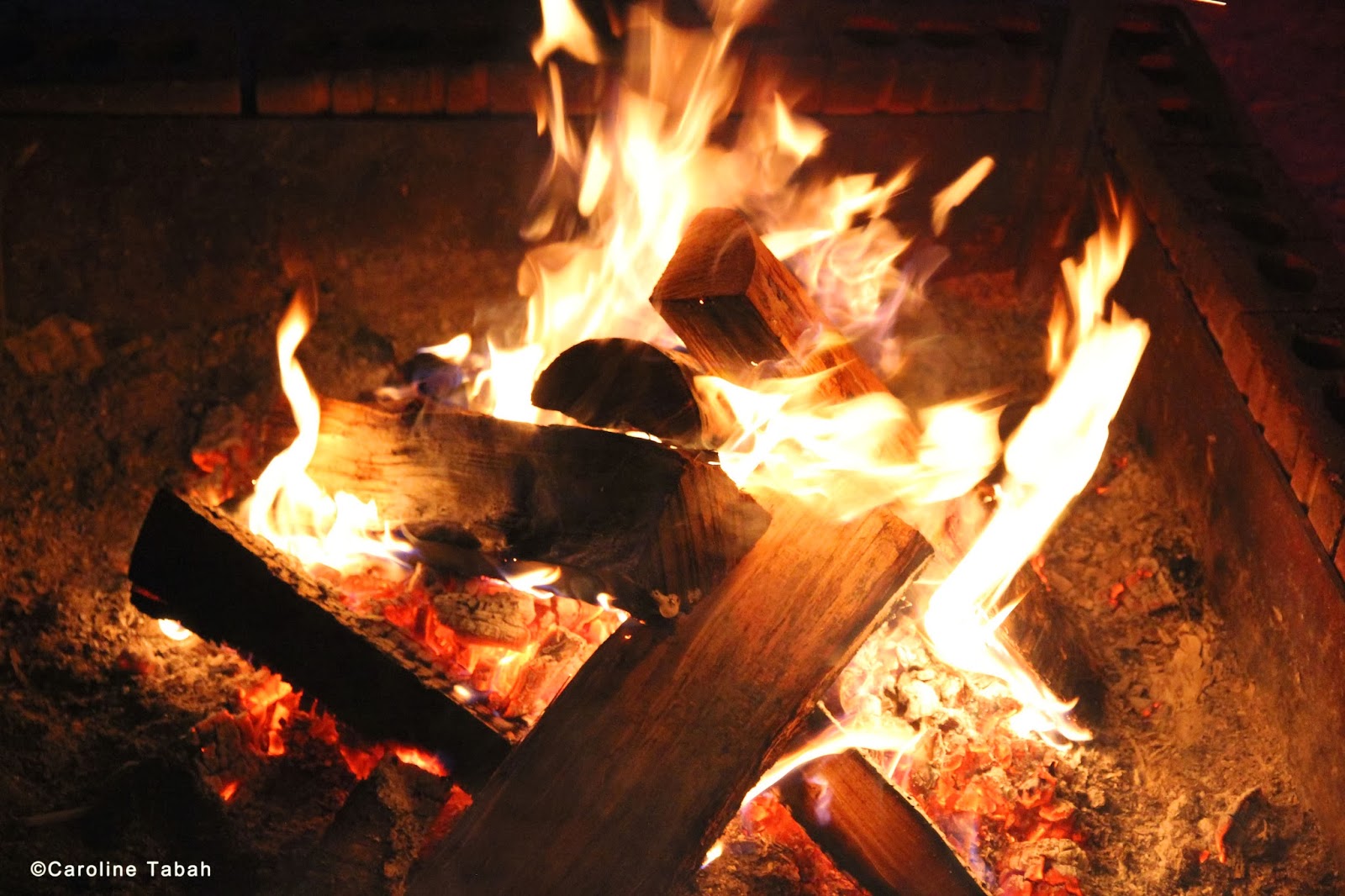 Thanks to Caroline Tabah for the photos!