RUDIMENTAAL is a collection of rudimental snare drum pieces inspired by the tabla drumming of North India – a gateway into North Indian drumming for drummers and percussionists from all backgrounds. In addition to the pieces contained in this text, are explanations of the solo tabla form and the repertoire of which it is comprised, along with exercises and études in order to further develop one's understanding of the compositional forms, rhythmic devices, and performance practices of this rich musical tradition.

The repertoire is presented in a way similar to how one might learn tabla. First, one learns various compositions from the repertoire as separate items. Each item can be seen as an étude, or a short concert piece for performance. Once enough repertoire is learned, one can then connect the various compositions together to create a fully-formed solo. There are a number of compositions provided, along with instructions for how to piece them together, allowing for numerous possible permutations in designing your own solo snare drum performance based on your repertoire preferences.

In addition to these shorter compositions that can be used as building blocks for larger pieces, three complete standalone solo pieces are also included: DANCING HANDS, CHESTERMERE & DELHI, and SEVEN BIRDS. 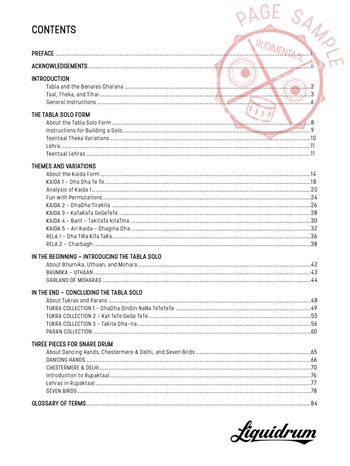 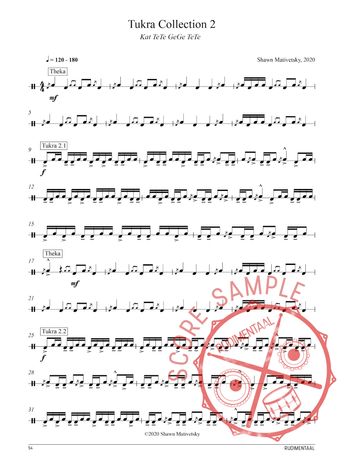 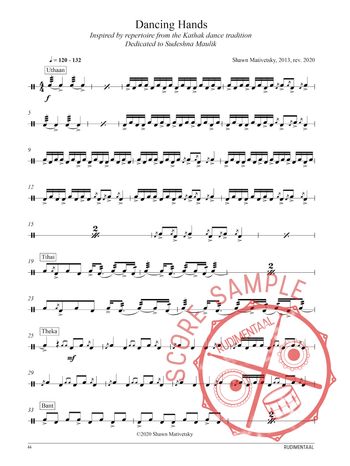